My reply was to the original poster. I believe his unknown receiver is a RRB saddle ring carbine receiver.

As far as your rifles go, they are lovely and after doing my first one, I can see how returning these old rifles to shootable condition can get to be addicting.

I spent a LOT of money to get mine back to show room condition. It had been through a cabin fire 100 years back, so there was no historical value in its original condition. I know the history because it has been in my family since it was bought new in about 1873.
Floop
Top

Saving them, and not restoring them can be almost as much work, and worth doing too! I've got a #1 Roller in .22 RF that has local Oregon history to a pioneer who was born here in 1852, and became one of the first deputy sheriff's in Oregon City, Or. and later mayor.
It was a real mess after years of different owners, and I planned a total rebuild until I found out it's history. Then I set about to save it, and not have it appear restored.
The front sight dovetail on this barrel looked like somebody cut it with a hacksaw, and it was over 3/4" wide! It had some homemade piece of home built bubba sight in it that wasn't even tight in the cobbled dovetail. The top of the tang was d&t for 6 different holes, and the stock and forearm both had missing wood. Pretty darn sad looking. 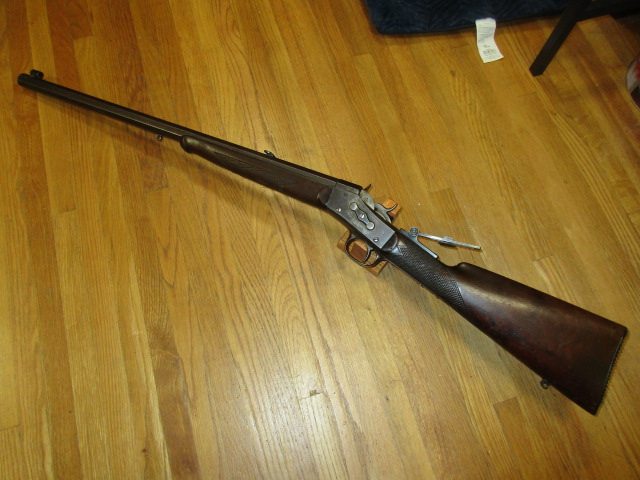 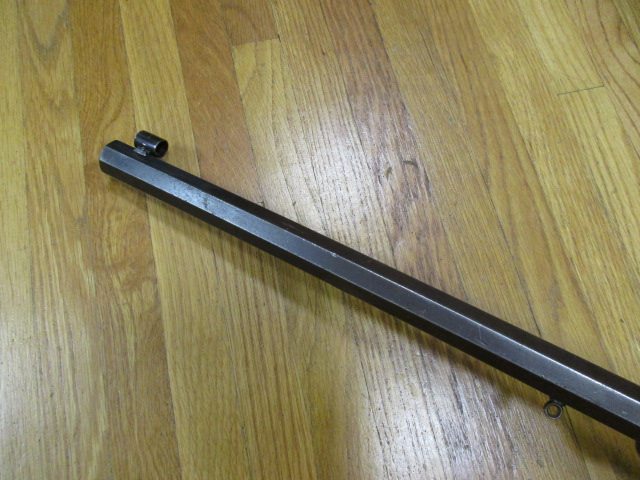 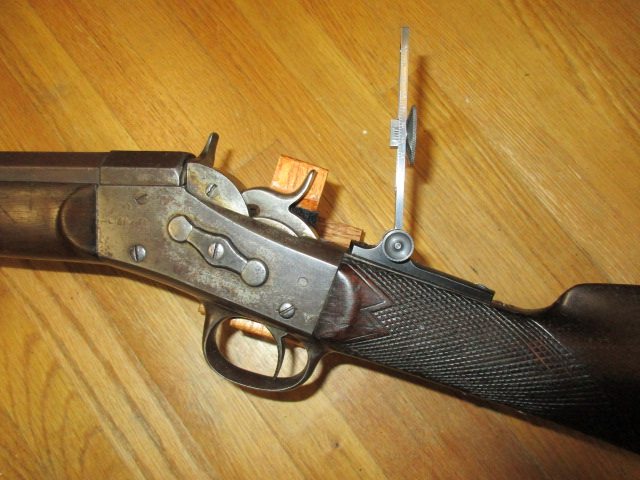 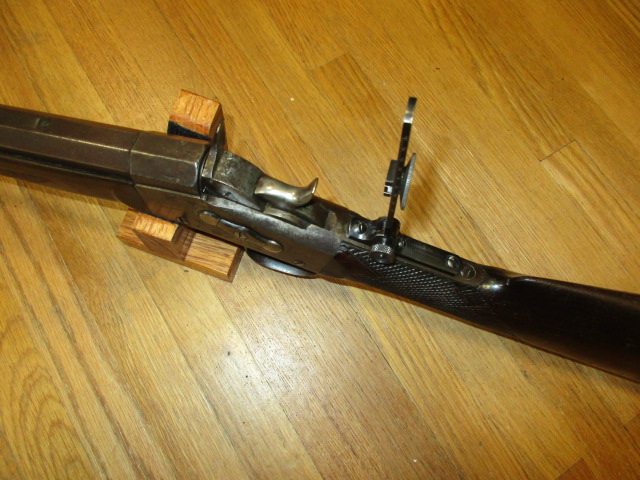 He is referring to my original post. After exchanging a few emails with a gentleman that specializes in selling Rolling Block Parts - measurements of the receiver lead him to believe it was a Model 1 1/2 sporting rifle -commercial model for Blackpowder cartridges. I believe I will try to have it set up for 44-40. I'll need to locate a 24 to 24" octagon barrel...
Top

Should you need new wood for that saddle ring action I highly recommend George Peterson at Treebone Carving.

He specializes in single shot and lever action 90% inletted wood, and is an expert on rolling block applications.
Floop
Top

Ulsterman wrote: ↑Thu Dec 17, 2020 5:22 pm He is referring to my original post. After exchanging a few emails with a gentleman that specializes in selling Rolling Block Parts - measurements of the receiver lead him to believe it was a Model 1 1/2 sporting rifle -commercial model for Blackpowder cartridges. I believe I will try to have it set up for 44-40. I'll need to locate a 24 to 24" octagon barrel...

There was never a Model 1 1/2 done with a round top receiver, and as far as I know not a saddle ring either. That receiver you have is definitely not a #1 1/2.
If you're in contact with Kenn Wommack, then I'd guess he didn't see your pictures, or he'd not have said it was a #1 1/2.
Top

It could be from the Light Baby Carbine that was chambered in 44-40. Here are some photos of my carbine.


Have a Good Day,
Matt
Top

Thank you for the photograph - 44-40 will probably be what I get the gun built in.
Top

Also, Floop, "Custer and his men" did NOT have rolling block carbines at LBH. GAC himself did own at least one RB sporting rifle, which may have been with him on the campaign. Standard cavalry arm of the period was the M1873 Springfield "trapdoor".
Top
Post Reply
23 posts