I recently purchased a receiver in hopes of building a rifle. The only serial number I see is on the left side of the frame and would be under the stock - 212. Perhaps the most unusual feature is a carbine style saddle ring bar and loop, which are similar to parts on a Sharps or Smith carbine. The top tang is marked:

Any assistance on how it would be originally configured would be appreciated.

It does appear to be an unusual rolling block receiver.

The number stamped on the lower tang was not a serial
number in the conventional sense. Rolling blocks were
built in lots of 10,000 to over 25,000 depending on the
contract order. The number should be stamped on the
side of both the upper and lower tang. This was to insure
that the parts that were mated together during the fitting
process could be reunited after finishing.

The tang markings indicate that this receiver was
manufactured after the Remington company bankruptcy.
Remington went into receivership in 1886 and sold to
new owners in 1888. Tang markings just before bankruptcy
were "E. Remington & Sons ..." and after the sale, it became
"Remington Arms Company ..."

What is unusual is that your frame seems to missing the upper
matching lot number (or it is obscured by rust). Also, late
model frames had mortise cuts in the ends that butted against
the stock and I don't see them on yours.

P.S. I updated the pics to better quality ones that show the mortises
better.
Top

Thank you for the information. I'm just starting out with this Rolling Block. A quick cleaning of the upper tang does indeed show the same number. My plans are to have it built into a rifle, just not sure what direction I should go in obtaining a barrel or what caliber it should be. Thanks again
Top

That would be a good action to build a BPCR type rifle. Or good for any of the variety of black powder cartridges chambered in the various Rolling Block Sporting rifles.
The straight extractor works well with most rimmed cartridges, and the action is good to around 20,000 psi, or maybe a bit more. I have several I've built up over the years in all sorts of chamberings. My .45-70 and .40-65 are great out to 1,000 yds., and I'm working up loads for my .40-50 Sharps Straight with a 350 gr. cast bullet and smokeless to see how it does at the 1,000 yd. dinger. So far it's been excellent out to 600 yds.
Top

Thanks for the information. I was thinking 30-40 Krag, 7MM Mauser, 44-40 or perhaps 45-70. (I have rifles in the first 3 ). I guess its all down to finding a proper barrel and someone that can do the work. Dont need a showpiece, just something that hits the target!
Top

I personally wouldn't do the first two in .30-40 Krag or 7mm Mauser, even if I had a later smokeless Rolling Block. Just better actions that are more suitable for those cartridges in my opinion.
But .45-70 or .44-40 are both great options, and would be a combination you could enjoy forever. Not that you can't down load the other two to be very safe, but I wont chamber mine in high pressure cartridges, even if I know how to reload for them safely.
Top

I own a #1 1/2 lined and chambered in .38 Special also. A very fun caliber to shoot mid-range or closer with.
Top

Yes! Mine was originally .38 long rf. It had a very bad bore, so we lined it and chambered it for .357 Mag. My gun maker re-heat treated everything, and he was sure that .357 Mag would be fine in it, but I don’t shoot anything but .38 spc in it.
Floop
Top

I'm sure if you shoot .357 Magnums loaded lighter they will likely be even more accurate than .38 Special, just because they wont have that jump from case to rifling the .38 Special has.
Mine actually started life as a #1 1/2 Sporter in .38 Long CF, so no conversion was needed. Just a liner and rechamber to get it shooting. I've got about 18 or 20 Rolling Block, and Hepburn sporting models, but this well used .38 Special sees a lot more shooting than some others ever see.
Top

I would only use .357 in it for hunting, which I keep thinking about doing next year, and then only with tame factory ammo or reloads. I chronoed it with factory Remington 158 gr round nose and it came in at 1800 fps. That approaches .30-30 ballistics.

The rifle was restored by Jim Dubell ACGG (now deceased). He took it down to white metal, draw filed it to sharpen the corners and edges, heat treated it, case colored the receiver and blued the barrel and blocks, welded and re- drilled the firing pin hole in the breech block, made a new high pressure firing pin, lined the barrel and chambered it, and installed new wood. It is now a work of art. It’s something I’m sure he was proud of.

I believe this is your receiver. It would be a Remington rolling block saddle ring carbine, and I'd sacrifice body parts to get one.

Some version of these was carried by Custer and his men at Little Big Horn.

That's certainly a very nicely done build! It's always more fun shooting old guns that are pretty vs. ugly old guns.
I've rebuilt a fair number of Rollers from original sporters or military reworked to sporters.
The older sporters I own that are all original aren't really minty, but I leave them the way they are just to preserve the history. I kinda like both restored and originals.

I built this one from just an original Sporter action I found. It's in .40-65 Win. 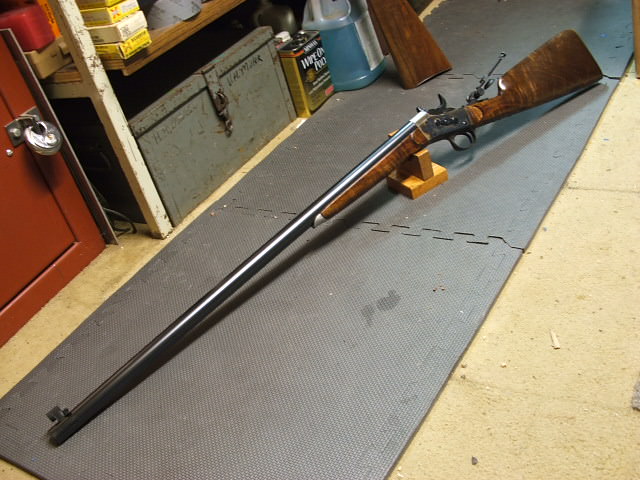 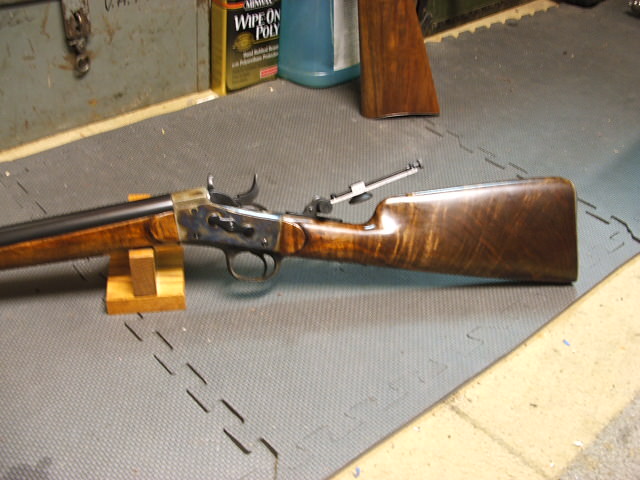 Built this one in .40-50SS from an old military action, but using Remington parts leftover from the run they did in 1997. Sights, stocks, and lower tang are Remington 1997. Receiver is a Remington military, and barrel is a Green Mountain. 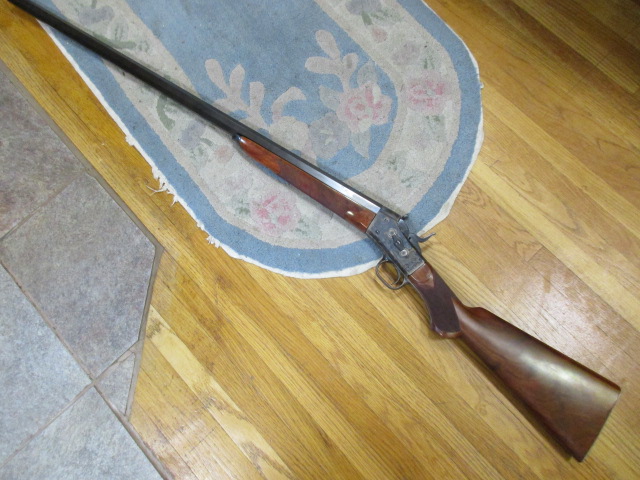 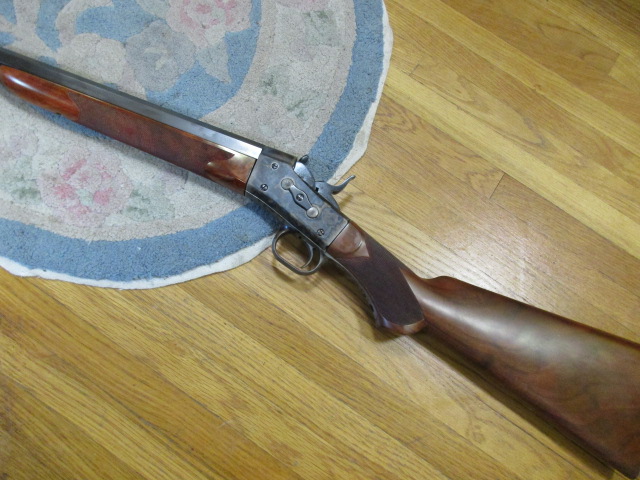