I had advertised for a Rolling Block action to build a new 40 cal target rifle on. I was offered this so bought it. Its fairly worn in the pins but should be OK.
Does not have the square barrel thread so I doubt it is a Remington. Looks to be nickel plated and has no makers name and the serial number is on the lower tang.
It has this hammer lock lever that I can not find much info on.
Can anyone shed any light on this? 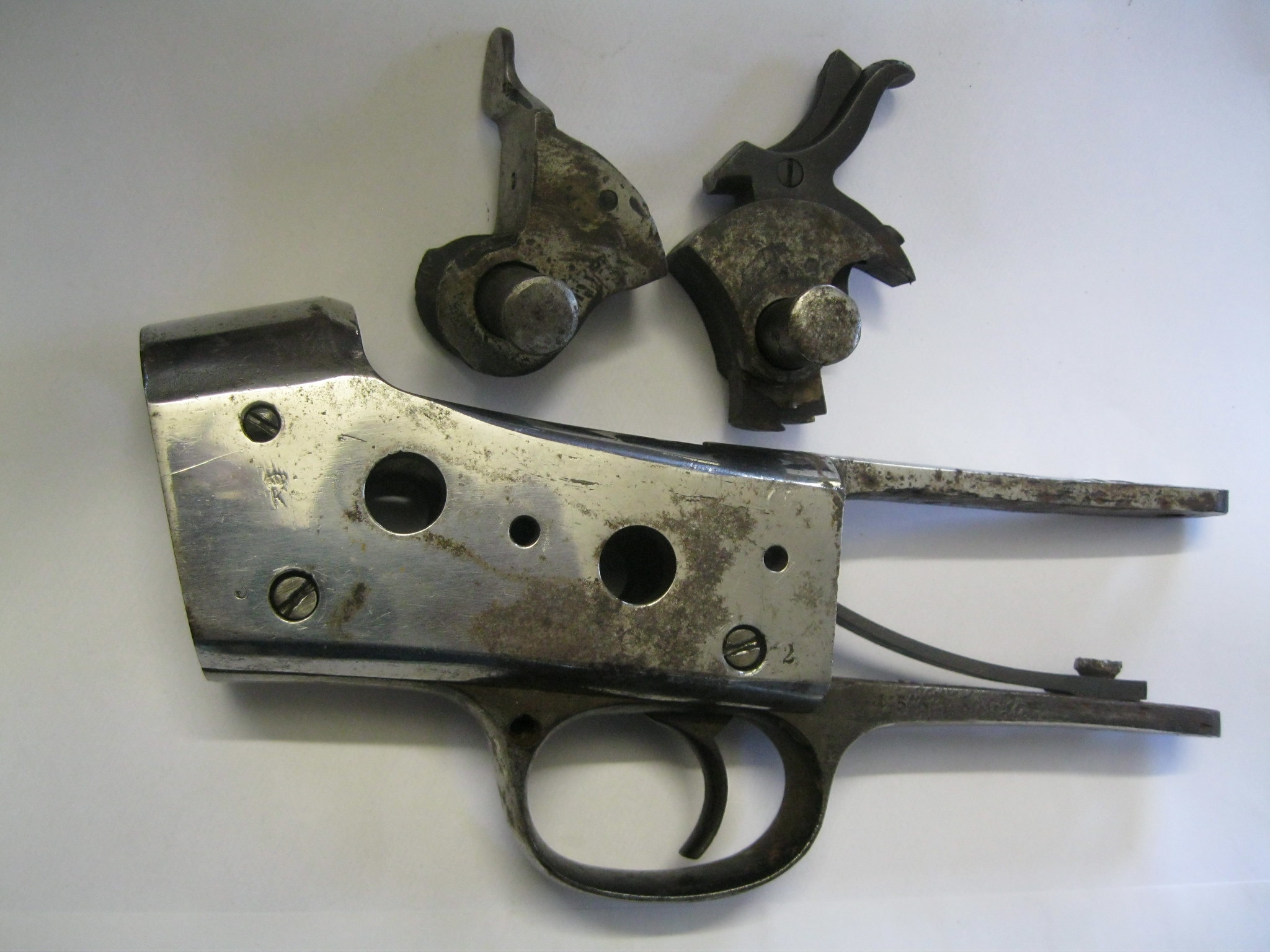 Reading more of Laymans book I see it is one of the relatively rare Norwegian rifles made at the Konigsberg Arsenal and is a Model 1867.
In the photo the crown with a K under it can just be seen under the extractor screw.
It has been refinished so much the other markings must be polished off. The heads of the pivot pins
should be stamped with a 1 for the BB and 2 for the hammer with corresponding numbers beside them on the action.
Same with the tang screws. The front should be 3 with a 3 beside it and the rear a 2 with a 2 beside it.
These can just be seen in the photo . On the action but not on the screws.
Would have been nice if original but anyway I will make a shooter out of it.
Top

I want to rebarrel this but dont have a stub. Can anyone tell me what the OD of the tenon should be and the thread pitch?
I cant find my little internal thread gauge and my others are too big to fit in.
Its a V form thread unlike the Remingtons.
Top

I read on another forum that with a hammer nose like that , its been a shotgun.
I got impatient and rubbed a stick of chalk in the grooves of the thread untill I had an image. Its 18 TPI.
I turned down a bit of inch bar and threaded it 18TPI and kept going untill the receiver screwed on.
That gives enough info to start with.
Top

Might have had a shotgun barrel on it at some time, but doesn't look like the commercial shotgun actions that were shotguns when they left the factory.
A lot of military rifles were later sent back to be repurposed as shotguns for what Denmark and Sweden called "Forresters", their version of Game Wardens. Some were redone to rifle calibers more modern, and some to shotguns in mostly 16 ga., and 20 ga.
They're good strong actions in the heavier style like yours. In the original shotgun style they're not as strong, and should either be left as shotguns, or reworked to lighter calibers.
The detriment to this style is aesthetics, as the hammer with the safety on it isn't as pretty as a regular hammer. But that's a minor issue. I find complete Rolling Block imported military rifles often at gun shows and they sell for less than just actions alone sell for. I can often strip the barrel and stocks off them and sell actions alone for a decent profit.
I made my last Rolling Block off an $80 action from a friend. 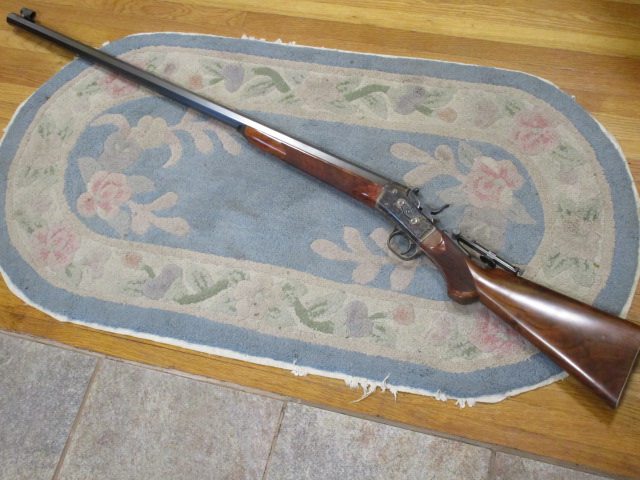 Now that is a pretty rifle. Nice bit of timber too. I dont have the skills for that detail.
Rolling blocks are fairly scarce here in Australia and I have never seen a shotgun in the flesh so I just have to rely on what I am told.
This action came with a bit of light coloured timber that I dont like too much so will stain it darker. I like the dark stocks. Its got no grain in it anyway.
As long as its a good shooter I will be happy.
Top

The light stock would be correct for a Rolling block from Norway or Sweden. I thing it's Arctic Birch.
I have 3 Swedish rifles and carbines and the all have light wood. Personally I like the look of it pariculaly on Military Rolling Blocks.
Top

I'm in the minority I'm sure, but never cared for military Rolling Blocks, or military rifles by any maker. The light colored stocks are correct for Swedish and Danish Rolling Blocks. I've got several takeoff sets sitting in the corner. Every so often I fire up the wood stove and toss them in.
Top

I'm in the minority I'm sure, but never cared for military Rolling Blocks, or military rifles by any maker. The light colored stocks are correct for Swedish and Danish Rolling Blocks. I've got several takeoff sets sitting in the corner. Every so often I fire up the wood stove and toss them in.
Top
Post Reply
9 posts • Page 1 of 1

Users browsing this forum: No registered users and 1 guest